Brazil has taken a significant step toward legalizing casino gaming. 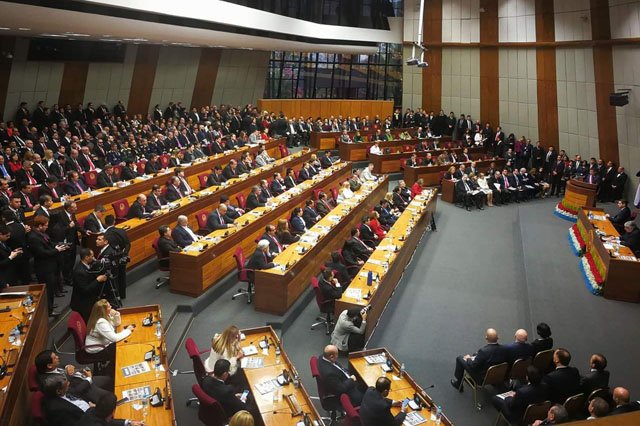 The fundamental language of the measure, which legalizes gaming in Brazil, including as casinos, bingos, animal games, and online games, through permanent or limited-term licenses, was adopted by the Chamber of Deputies by a vote of 246 to 202. The Plenary can vote on the highlights offered by the parties starting today in an attempt to modify Bill 442/91.

Casinos may be built in resorts as part of an integrated leisure complex that includes at least 100 high-end hotel rooms, conference and event spaces, restaurants, bars, and shopping centers, according to the text. The casino’s physical space must not exceed 20% of the complex’s built-up area, and electronic and roulette games, card games, and other authorized modalities will be allowed. The Executive Branch must evaluate the existence of the tourism industry as well as the region’s economic and social potential when deciding where casinos can be built.

Each economic group will be limited to one license per state, and licensing will be done through a public bidding procedure based on potential operators’ technical and financial bids. Additionally, in states with populations greater than 1 million square kilometers, the Executive Branch may authorize the operation of up to two establishments in leisure complexes.

The building of a casino will be permitted in tourist centers or destinations, independent of the population density of the state in which they are located. These areas are defined as having a regional character, suitable infrastructure and tourist services, a high population of tourists, and the title of being a natural heritage of mankind site, according to the plan. Furthermore, tourism must be a significant economic activity in the area. A tourist casino will be prohibited from operating within 100 kilometers of any casino that is part of a leisure complex.

A new provision in the bill permits for the operation of casinos on river vessels, one for each river measuring 1,500 km to 2,500 km in length, two for each river spanning 2,500 km to 3,500 km, and three for each river measuring more than 3,500 km in length. These vessels can’t stay in the same spot for more than 30 days at a time, and they can have up to ten of these licenses. They must have a minimum of 50 high-end rooms, restaurants and bars, shopping malls, and event and meeting facilities.

Municipalities and the Federal District can also license bingo halls under the statute. Bingo halls will be permitted in stadiums with a capacity of more than 15,000 spectators. Bingo halls must have a minimum capital of R$ 10 million and be located in areas of at least 1,500 square meters, with up to 400 video bingo machines permitted, but slot machines are prohibited.

According to the legislation, there would be no more than one bingo house per 150,000 people. Licenses will be given for a term of 25 years and will be renewed for the same amount of time.

The bill demands that all licensee records be published online and that the government have real-time access to financial data via a newly formed System of Audit and Control in order to legalize the “animal game” street lottery (SAC). Except for prizes, which may be in the form of a cash guarantee, insurance guarantee, or bank guarantee, interested parties must submit a minimum share capital of R$ 10 million and reserve money in guarantee for the fulfilment of responsibilities and duties established in the project.

Accreditation will be granted for a term of 25 years, with the option to renew for another 25 years if all standards are completed. There may be one game operator for every 700,000 people in the state or Federal District. There can only be one accredited license holder for the animal game in areas with fewer than 700 thousand people.

If there is still no regulation after twelve months, the provisional operation of video-bingo, bingo, and the animal game will be approved throughout the country.

0 responses on "Brazil has taken a significant step toward legalizing casino gaming."