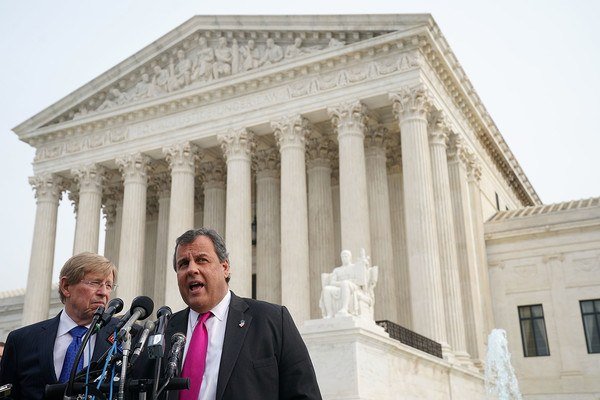 Christie was well aware of the public’s appetite for sports betting in the United States.

It’s why he took on the pricey legal effort to overturn PASPA, a decision aimed at diverting gamblers away from illegal offshore markets and toward casinos in Atlantic City.

In an interview last week, Christie said, “You just had to look at the illegal market’s explosion online. Sports betting and watching are popular pastimes. There was no way it was going to stop.”

On Friday, it will be three years since the judge struck down the Professional and Amateur Sports Protection Act, allowing states to legalize sports betting.

Following that, a 36-month blitz saw half of the U.S. states and Washington, D.C. legalize sports betting.

Sara Slane’s career path was changed when sports betting became legal. She began working on the issue three years before the Supreme Court decision for the American Gaming Association, specializing in communications and research surrounding any legalization.

“Gaming legislation has always been a long time coming. Slane said, “I’m amazed at how quickly sports betting has spread. Sports betting has been a part of American culture for as long as there have been sports to bet on.”

According to SportsBettingDime.com, 20 states took in more than $21.5 billion in legal sports wagers during 2020.

Nonetheless, that figure represented a 40% increase over the $13 billion in sports wagers reported in 14 states in 2019. According to gaming analysts, the U.S. sports betting market could reach $30bn in annual wagers within the next five years.

More than 100 million adults in the United States can now legally bet on sports. However, changing the habits of sports gamblers, according to Miller, is a never-ending task.

Initial efforts to legalize sports betting focused on states with active casino markets, such as New Jersey, Pennsylvania, and Mississippi. Regulations and tax structures varied, but mobile and online sports betting quickly became a significant factor in those states.

Tennessee is the only state that does not have a commercial casino market that offers mobile-only sports betting. The state lottery is in charge of the activity there.

Experts predicted in 2018 that the three most populous states, California, Florida, and Texas – will struggle to legalize sports betting. Efforts to legalize the practice are now underway in all three states, either by legislation or a ballot referendum.