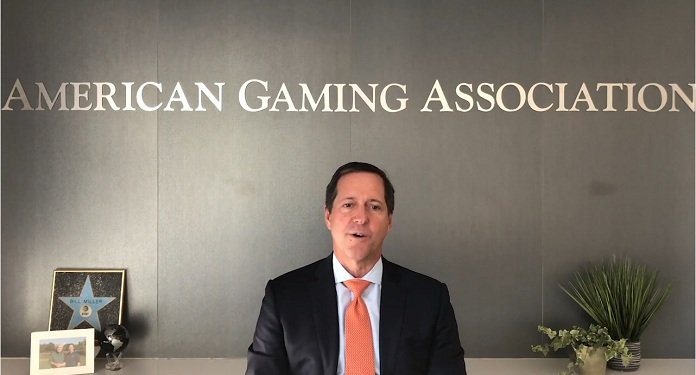 Gaming machines operate in bars, gas stations, small corner shops, and bodegas, among other places. They have names like “Just 4 the Fun of It,” “Video Redemption,” and “Cherry Master.”

And in the majority of cases, they are all illegal.

The use of illegal gaming machines in the US has increased, according to the American Gaming Association.

“Unfortunately, there has been a rapid increase in the number of unregulated gaming machines that operate in the shadows, exploiting loopholes and flouting the law with little to no oversight,” said AGA Vice President of Government Relations and Gaming Policy Counsel Jessica Feil in a statement.

According to Feil, there is no way to definitively count illegal gambling machines because they are not regulated.

“Because these machines exist on the outskirts, even if we root them out in one location, they will pop up in another,” Feil explained.

According to Feil, the proliferation of illegal gaming machines poses challenges in states such as Pennsylvania, Missouri, and Kansas. However, there is hope; Feil cited Virginia, which has pending legislation that will go into effect on July 1 to make these machines illegal in the state.

Because illegal gaming machines do not comply with state regulations, authorities do not check them regularly to ensure fair play. Children may have access to them because they are in public places. And illegal machines frequently lead to criminal activity.

“History has taught us that unregulated gambling raises plenty of legal and social concerns, weakening public trust in the safety and integrity of the entire gaming industry,” Arizona Attorney General and former Director of the Arizona Department of Gaming Mark Brnovich said in a statement.

Feil accepts that unregulated gaming machines pose a difficult problem for law enforcement. They can be hidden in back rooms or operated openly in convenience stores and other public places.

According to Feil, law enforcement and policymakers frequently regard gambling through illegal gaming machines as a victimless crime.

“We also know that they are commonly the face of other illegal activity, such as drug trafficking,” Feil added. “While we recognize that law enforcement must prioritize their efforts, we believe that rooting out these machines should be part of a larger strategy to protect our communities.”