In July of 1588 a large Spanish fleet edged Eastward up the English Channel, followed, just beyond long cannon shot, by the fleet of England. There, aboard the Sao Martinho, Flagship of the Squadron of Portugal, and indeed the whole Armada, stood Don Alonso Pérez de Guzmán y de Zúñiga-Sotomayor, 7th Duke of Medina Sidonia, who was the Commander-in-Chief of the force.

Medina Sidonia, as he has come down to us through history, was a melancholy man; he was on record as having written to his liege, Phillip II of Spain, attempting to turn down his appointment to command the Armada and much was made of this, at the time and since, that he did so out of fear. Indeed there were calumnies spread as Protestant propaganda that he had had a “bomb proof” cabinet made for himself and that he sheltered therein whenever there was action. Rather than what he really did, which was to stand upon his quarter-deck and watch as it became ever more apparent that his cause was doomed and that he would not, could not, get the close in melee battle that was the only hope of success for his force.

So why discuss Medina Sidonia under a title of “Do the Right Thing”?

Because what he did, in attempting to decline a responsibility he knew himself to be unequal to, was to display a moral courage fully the equal, if not the greater, than the physical courage that he was to show later when the contending fleets actually came to battle. He deserves our respect for this at the very least, as moral courage is a far rarer commodity that the physical sort.

So what is moral courage? Well Wikipedia defines it as follows:

These consequences can include ridicule, such as Medina Sidonia endured, the risk or actuality of humiliation and in this age, where we are unlikely to find ourselves on a quarterdeck any time soon, a risk to our job and livelihood.

All for standing up for what we know to be true and right.

But this doesn’t mean that we should abandon the attempt. Indeed we should try all the more to give answers to those in power that are the truth, even if this is not what they want to hear, even when this is unpalatable; because it is right to do so.

So how does that affect the business where I have spent the vast majority of my adult working life?

It affects it because believing in nothing but expediency leaves you more vulnerable to threats to profitability, not less.

Because going along with the “short-cuts” to procedure, to “smooth the game and speed things up…you understand?” gives an angle for fraud and scams to proliferate. If you cannot enforce your procedures (and if well conceived and written I am a firm believer that procedures should have no effect on game pace or efficiency) then what can you enforce?

Because going along with the staff cuts to “save money” costs you more when Inspection becomes a thing of the past and no-one has any role models to look up to any longer so no-one cares what is happening on their game. You remove your front-line “eyes and ears” and are then surprised no-one saw or heard anything.

Within my own industry, the Casino business, there are a number of examples where moral courage would have set operators in better stead than what actually occurred. The first that I will offer features a gentleman by the name of Don Johnson (no, not the actor, the former manager of what became PARX Casino), while the second, arguably more famous, features the professional poker player Phil Ivey.

The Don Johnson case is rather less well known than the Ivey case, but arguably shouldn’t be and features a man who, by his own admission, cultivated a persona when playing that was not his authentic self and used it to, systematically, beat three of the largest Casino operations in Atlantic City for considerable sums of money. He did not do this by cheating, nor even by the sorts of fraud that, it is my unshakable opinion, that Phil Ivey used in the example I’ll recount below. Rather Don Johnson did it by negotiating exceptionally favourable terms with those Casinos where he was allowed to play.

The moral courage question? The Casino Operators were greedy (and desperate, AC was suffering from new competition, fear was in the air) and they wanted him to play and they were terrified that if they did not agree to what he wanted then he would “go next door”. So they lacked the courage to really examine the rule set that they were agreeing to; I mean he was playing wasn’t he? And the game had a House Advantage didn’t it?

But, actually it didn’t. It had been negotiated almost entirely away and when very generous rebate rates were factored in the game of Blackjack, for Don Johnson, was no longer a losing proposition.

This was on Marketing and Gaming Management.

Similarly, when various Casino Operators agreed to the requests of Mr. Ivey and Ms Sun to deal Baccarat from an automatic shuffler and to have conducted a “run through” where the cards were turned in peculiar ways, based upon their face value, they were showing a lamentable lack of moral courage. The courage to “just say no” and to, in this particular case (too well known now for me to spend much time concentrating on describing) to refuse to undertake procedural changes, the ultimate outcome of which on the game, were clearly not understood.

But, this did not happen and all that was left were the red faces, or the refusals to pay, and the court cases and appeals.

There will always be pressure to “generate business”, or to keep the business that is offering itself to you, even if you do not control the terms of the offering. But to do this blindly, or without understanding and considering every ramification of what is on offer is, clearly, a recipe for disaster.

Because going along with every whim of a “Big Player” in how the game is dealt, by whom and who can and cannot be present is a shortcut to them taking you for millions. In which winning categories we could certainly put Messers Johnson and, at least initially, Ivey.

Then your not having spoken up will come back to haunt you and won’t even have protected your job anyway. While if you did speak up then you will have some little satisfaction that you were proven right. Cold comfort though that might be.

History is replete with similar examples of a lack of moral courage, even where courage of the physical sort is clear and unambiguous. Because moral courage is a rare thing. But this is what makes it prized and this is why we should all strive, as far as we are able, to cultivate it in ourselves. 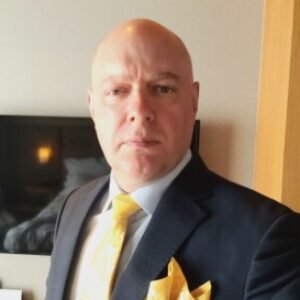 Malcolm has been involved in the Casino industry since 1988, initially in Operational Gaming and, from 1995 onward in Surveillance and Investigations. In Greece, Morocco, the UK and in Macau; picking up wide and varied experience along the way. He is now responsible for Project Development and Management with eConnect as well as looking after sales and customer relations in the APAC region. Malcolm has helped develop the scope and operational functionality of the eConnect family of optimization and loss prevention products as well as expounding a new paradigm for the future course of the company, with a focus on the benefits and potential of artificial intelligence; and how it can be used to identify patterns , and areas of concern, for human intervention. While at the Galaxy Entertainment Group he was responsible for recruiting a twenty-one strong team to investigate all elements of fraud and crime within the entire organization. Committed to lifelong learning he continues to study with the likes of the Open University and Coursera, such diverse subjects as Business and Marketing, Fraud, Economics, History, Genetics and Terrorism. Malcolm continues to split his time between the US, Europe and the Far East.

0 responses on "Do the Right Thing" 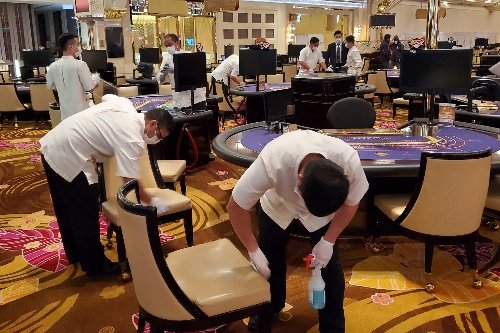 No spam, notifications only about new products, updates.
PrevPreviousCasino Positioning in Turbulent Times
NextMarketing Imperatives for 2022 and BeyondNext
On Key