Apollo is allowed to operate on the Strip again after Caesars’ challenges; the Venetian/Palazzo room extension is in the works. 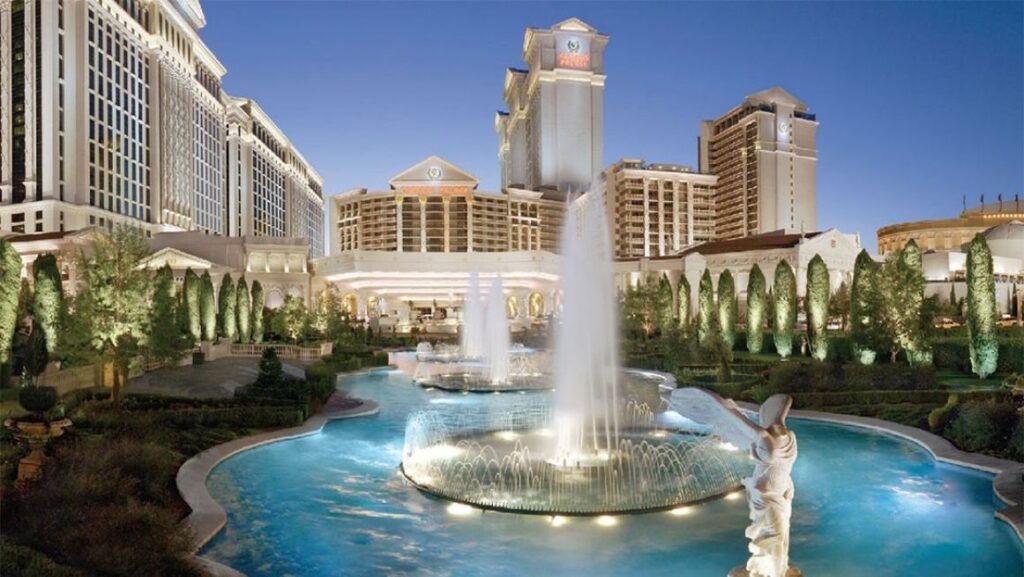 The Nevada Gaming Commission approved a private-equity firm taking over the Venetian, Palazzo, and adjacent convention center on Thursday, with plans to improve the property, including the construction of more rooms.
The Las Vegas Sands Corp. received approval from the Gaming Commission to sell the resorts, convention center, and adjacent land, which includes the MSG Sphere, for $6.25 billion. The site will be owned by VICI Properties Inc., while Apollo Global Management will operate and lease the property from VICI, with annual rents starting at $250 million. The transaction is likely to be completed within a few days.

Following a lengthy discussion between the commissioners and David Sambur, Apollo’s co-head of private equity, the approval was granted. Despite his 11.9 percent investment interest, Leon Black, a founder of Apollo and previous CEO and chairman, would have no role with Apollo and the Las Vegas hotels, according to Sambur.
Black has been in the news because of his past business dealings with Jeffrey Epstein, who was ultimately convicted of sex charges and committed himself while incarcerated. Black’s ex-girlfriend accused him of rape and harassment in 2021, which he rejected.

Commissioners said they were satisfied he would play no role with Apollo.

“I was concerned about self-policing and the decision of one person who  the target of bad press and allegations. I just wanted something in place that the well-being of the company and reputation here in Nevada are being safeguarded and protected,” said Commission member Ogonna Brown, expressing her concerns and those of the other members.

The Commission spent less time discussing Apollo’s previous ownership of Caesars Entertainment in Las Vegas, which Sambur described as a “long, lengthy, and grueling bankruptcy.” He claims Apollo purchased Caesars at the peak of the market, right before the Great Recession struck, damaging gaming and tourism to the point where the investment couldn’t be recovered. During the COVID-19 epidemic, it’s buying the Venetian and its assets at the bottom of the market, he noted.

“One of the questions we get asked is why won’t this happen again,” Sambur said. “I couldn’t think of two polar-opposite transactions. Yes, they’re Italian-themed casino resorts in Las Vegas, so there’s a similarity, but really, everything is completely different for this transaction, most notably the capital structure and the timing.”

The Venetian deal comes with $18 million in interest expenses, while Caesars was saddled with more than $2 billion, a full 60% of the company’s annual earnings, Sambur said. It’s 5% with the Venetian deal. They’ve also learned from other successful investments in the gaming industry since then, he said.

“The Venetian transaction took into account a very low level of earnings and cash flow that the property was generating at the height of COVID when the transaction was signed,” Sambur said. “We designed the capital structure to allow the business to operate for significantly long periods of time under arduous conditions.”

Apollo hired VICI real estate investment trust to buy the land as part of the agreement, according to Sambur, in order to raise the more than $6 billion needed by Las Vegas Sands Corp. He stated that regular financial funding was not available.

“I’m looking for parallels between the Caesars experience and what we face here,” said Commission member Ben Kieckhefer. “I look at our economic challenges and uncertainty over a pandemic and what the economy will bring us that we can’t predict at this time. I think the scenario that Apollo is walking into here is vastly different based on the financing in place. The debt load is worlds apart. In the worst-case scenario, what happens is the Sands takes back the Venetian and the Palazzo. I believe the goal of Apollo to increase the value and profitability of the Venetian and Palazzo is good for our city and state.”

“The Venetian is an irreplaceable iconic asset,” Sambur said, referring to it as the largest resort in the U.S. “When we got the call that they were interested in selling, despite the fact that it was in the middle of COVID, we really did believe this was a once-in-a-lifetime opportunity to buy an amazing asset. If there was any property that deserved to be purchased, it would be this.”

According to Sambur, business has returned faster than they anticipated when they struck the arrangement with Las Vegas Sands in March. While the convention business isn’t back to normal yet, it is performing better than in 2019 and much better than in March 2021, when it was losing money, and it’s only going to get better, he added.

The enhancements could also include new gaming facilities and experiences and added convention space.

The properties had four theaters open before the pandemic and Sambur said Apollo is considering ways to “improve the entertainment footprint.” The opening of the MSG Sphere in 2023 will drive “substantial traffic and revenues” to the property around their shows, he said.

“We’re pretty excited about that, and that’s a process that is going to start in earnest post-closing,” Sambur said. “I think there’s the potential for more rooms on the property, especially to support the convention business when it comes back.”

Apollo is focused on maximizing the equity value and the Venetian won’t have to compete with other properties, like it did when it was in the LV Sands portfolio and its focus on Asia.

0 responses on "Apollo is allowed to operate on the Strip again after Caesars' challenges; the Venetian/Palazzo room extension is in the works."