Boyd Gaming is revamping Fremont in downtown Las Vegas after a record-breaking year. 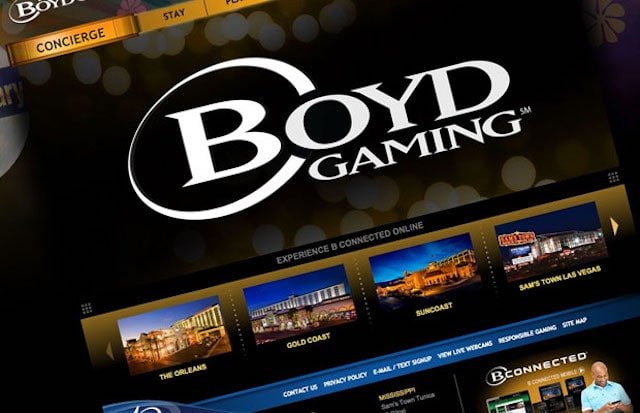 Boyd Gaming executives announced Thursday that they have begun a $50 million renovation of their Fremont Hotel & Casino in booming downtown Las Vegas, and they’re “as confident as ever” about 2022 as they spend another $250 million on capital projects, following a record $3.4 billion in revenue and adjusted earnings of $1.4 billion in 2021, which exceeded the previous record by more than 50% in 2019.

Despite a setback in late December and early January owing to the omicron version, executives are optimistic about 2022 and beyond. According to Keith Smith, president and CEO of Boyd Gaming, and Josh Hirsberg, executive vice president and chief financial officer, business has begun to recover from the slump.

Boyd announced during its fourth-quarter earnings call that it will reinstate its quarterly dividend and increase it to 15 cents per share beginning in April. This is more than double what was paid prior to the pandemic.

During the fourth quarter, 24 of Boyd’s 27 open facilities in Las Vegas and elsewhere raised revenue by double digits, with 26 achieving double-digit adjusted earnings. Sam’s Town Hotel & Gambling Hall in Shreveport, Louisiana, was the sole exception, as it is now grappling with a new smoking restriction.

Fourth-quarter revenues for Las Vegas locals’ properties increased 46 percent over 2020, adjusted earnings up 70 percent, and margins exceeded 52 percent; it was the fourth quarter in a row that margins in the Las Vegas locals’ segment exceeded 50 percent.

Some of the fourth-quarter consumer trends were comparable to those seen in previous quarters, but there were two weeks near the end of the year “when omicron took hold and we saw some slowing of the business,” Smith said. Prior to then, people aged 65 and up had been returning at higher rates.

Hirsberg said those customer trends returned and gained traction later in January and they’re encouraged as they move into February.

“While we saw some slowing in late December and early January due to the omicron surge and winter weather, business improved as we moved through the month of January with revenue and (adjusted earnings) exceeding January 2021,” Smith said. “The 2021 results set a high bar for us going forward and we expect our business to continue to perform from a position of strength in 2022, as we have a number of organic growth opportunities available to us.”

Smith said one of those growth opportunities is increased hotel occupancy, along with the gaming revenue associated with those incremental rooms. They’ve had to turn away hotel customers, which he blamed on not having enough staff.

“Today, we’re unable to fully accommodate the demand from our customers due to labor constraints,” Smith said. “As the labor market recovers, we expect we will be able to drive incremental growth from these customers.”

Boyd’s income will expand when meeting and convention business improves and midweek travel recovers, according to Smith. Looking beyond 2022, Smith expects to generate extra revenue from ongoing development initiatives such as hotel renovations and the conversion of former buffet space.

Boyd Gaming’s Fremont Hotel-Casino is undergoing a $50 million refurbishment. The funds will be used to improve food and beverage services as well as extend and enhance the casino floor by removing the former buffet section and modernizing current gaming space. Prior to the pandemic, Smith stated on an earnings conference in February 2020 that they were considering a casino expansion.

“Based on the demand we’re already seeing at the Fremont, we expect to see excellent returns from this investment following its completion in early 2023,” Smith said Thursday

Boyd was said to be considering constructing a 509-room tower in 2018.

According to Smith, the Fremont, which relies on visitor traffic from Hawaii, which slowed during the pandemic, has continued to recover. He claimed the delay began in mid-December, when COVID cases in Hawaii began to rise.

“I would say our Hawaiian business is not back to 2019 levels, but it’s on its way back and doing very well pre this omicron wave,” Smith said. “What’s driving this downtown business generally is a couple of things. There’s a new property down there in the form of Circa Las Vegas that’s drawing people. Also, it has always been a value-oriented destination and people continue to go there for the value downtown represents vis-a-vis the Strip. We run a very strong business down there. We’re doing well with all of the increased visitation downtown anyway, because we have three properties down there. They visit one of our three properties when they’re in downtown Las Vegas.”

In December, the average daily room fee in downtown Las Vegas was $93 compared to $160 on the Strip.

Boyd wants to expand its revenue beyond Las Vegas.

The Sky River Casino south of Sacramento, which is set to open in the fall, is still on budget and on schedule. The structure is complete, and the focus has shifted to the operation’s interior and infrastructure, according to Smith. The Wilton Rancheria tribe and Boyd have agreed on a seven-year management arrangement.

We believe Sky River will be ideally positioned to be one of the region’s top-performing tribal casinos,” Smith said.

Boyd Gaming will begin work on its $95 million project to turn Treasure Chest Casino into a land-based casino in Louisiana soon, with an opening date set for late 2023. It plans to increase its gaming floor and restaurant and beverage options, as well as add conference space.

Smith also mentioned the company’s web business as having potential, stating that its cooperation with FanDuel is growing. Boyd has established FanDuel sportsbooks in each of its five Louisiana sites in the previous two months, and last week debuted mobile sports betting in the state. Boyd has now expanded its FanDuel sports betting agreement to six of its nine regional states as a result of this addition. He expects Ohio, which enacted sports betting legislation in December, to be the next to be live around the end of 2022.

Online casino gaming, which is a complement to land-based businesses, also presents a “compelling prospect,” according to Smith. Igaming has been legalized in six states so far, with more on the way. Boyd’s digital operations generated $24 million in adjusted earnings in 2018, and he expects that figure to rise to $30 million by 2022.

0 responses on "Boyd Gaming is revamping Fremont in downtown Las Vegas after a record-breaking year."