Caesars Atlantic City will invest $200 million in property improvements in the United States. 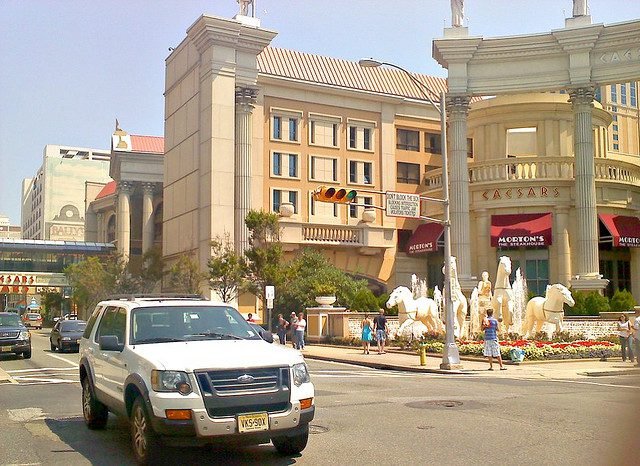 The upgrades are part of the property’s $200 million resort transformation, which also includes Nobu Atlantic City, a restaurant and distinct hotel experience within Caesars Atlantic City’s hotel; Gordon Ramsay Hell’s Kitchen, the first restaurant of its kind on the East Coast; and over 750 newly renovated rooms and suites in Caesars’ Centurion and Ocean towers.

The redevelopment of Caesars Atlantic City will strengthen the Company’s commitment to being an East Coast leader in a world-class hotel, gaming, sports, and entertainment, and is part of Caesars Entertainment’s $400 million investment in the Atlantic City market by 2023.

“Caesars Atlantic City set the standard for extraordinary experiences in the market, and we are thrilled to continue that legacy by reimagining the property from the moment guests step through the doors,” said John Koster, Regional President for Caesars Entertainment’s Eastern Division. “This major investment demonstrates our ongoing commitment to elevating guests’ experiences at our resorts as well as advancing the Atlantic City tourism economy.”

The proposed enhancements will pave the way for an unrivaled resort experience, transporting visitors to new levels of refinement and approachable luxury, all of which are characteristics of the Caesars brand. The Caesars Atlantic City valet and hotel lobby will be transformed, conjuring an exquisite and welcoming sense of arrival for guests. The rebuilt first-floor lobby will also have a brand-new Starbucks with mobile ordering, which will be a nice addition to the property. For a bright and fresh appearance, the store will be outfitted in a streamlined, contemporary design with minimum décor.

Caesars will reveal a redesigned pool experience with breathtaking beach and ocean views from the rooftop of Qua Baths & Spa just in time for summer. The pool will include two levels of seating, including modern lounge chairs, daybeds, and cabanas for ultimate relaxation, as well as a bar with one of the greatest pool views in the city, with views of the beach and boardwalk.

Partnerships with global lifestyle brand Nobu Hospitality to bring the region’s first Nobu Atlantic City, a restaurant and hotel within Caesars, and acclaimed Chef Gordon Ramsay to open the East Coast’s first Gordon Ramsay Hell’s Kitchen restaurant are also among the exciting new enhancements, as are recently completed large-scale room and suite renovations to over 750 guestrooms. Gordon Ramsay Hell’s Kitchen, which will premiere this summer, will have design elements that appeal to all senses and pay homage to the show’s red and blue teams. Chef Ramsay’s famous favorites will be on the menu, including Beef Wellington, the HELL’S KITCHEN Burger, Lobster Risotto, and artisan, handcrafted drinks.

The first of its kind in the greater Philadelphia region, Nobu Atlantic City will open later this year and will be a game-changer in the Atlantic City sector. The restaurant will fascinate customers with a vast assortment of whiskey and trademark brand sake and wine, with exquisite floor-to-ceiling windows and a full, visible sushi counter, overlooking the ocean and boardwalk.

Following the restaurant’s opening, the Nobu Hotel Atlantic City will open on the top three floors of Caesars Centurion Tower, with refurbished rooms and suites with Japanese-inspired decor blended with sleek, modern elements.

Interior Image Group designed the newly remodeled rooms and suites in the Centurion and Ocean Towers. The rooms, which range in size from 450 to 700 square feet, provide stunning views and innovative architectural elements. The designs are inspired by the local Atlantic City surroundings, such as the beach, the water, and the famous Atlantic City Boardwalk, and have a modern Roman look. Rich blue and cream accent colors, contrasting white and gray tones, and contemporary furniture are featured in the bedrooms and suites, which include modern bathrooms with big showers, mirrors, and unique amenities.

0 responses on "Caesars Atlantic City will invest $200 million in property improvements in the United States."