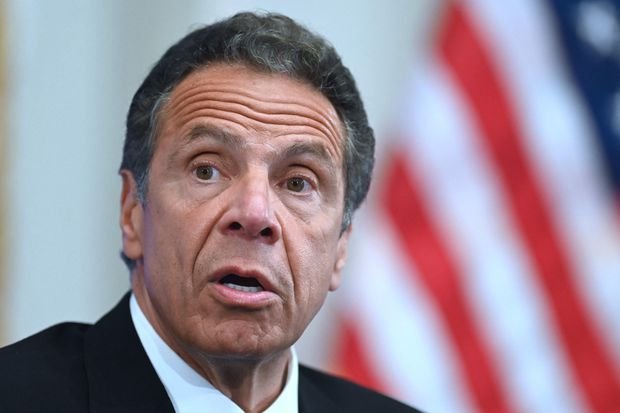 New York Gov. Andrew Cuomo and state legislators reached an agreement about operating mobile sports betting in the state on Tuesday. The governor received his lottery-style strategy, but lawmakers received more skin in the game.

According to the agreement, the New York State Gaming Commission will issue a request-for-proposal (RFP) solicitation no later than July 1 to pick two “platform providers” to conduct mobile sports betting in the state. The commission would mandate those providers to partner with four sports betting operators in total.

Responses to the RFP will be due within 30 days of the solicitation being issued by the commission. The agreement allows the state to choose the platform providers no later than 150 days after obtaining the final submission, if necessary.

That would imply that the state would award contracts near the end of the fiscal year.

Addabbo defined the final product as a “hybrid compromise” of the governor’s and lawmakers’ plans.

However, lawmakers and others expressed concern that the lottery-style method would restrict New York bettors’ choices. They feared that if New York did not have multiple smartphone apps, bettors would continue to go to New Jersey or remain in the state and use an illegal bookie.

As a result, lawmakers and administration agreed to a deal that, according to Addabbo, bodes well for the state.

The funds will be used for education. However, according to Addabbo, some funds will be directed toward community sports in underserved communities and problem gaming resources.

Central New York legislators expressed reservations about the proposal to legalize mobile sports betting. They were concerned that it would exclude the Oneida Indian Nation from the process. If that happened, the state would lose millions of dollars in revenue.

They also stated that residents in a 10-county area would not place bets on apps within their neighborhoods because of Oneida’s exclusive rights given in the gaming compact.

Oneida said, “The Nation had worked hard with various parties to reach a solution that worked for all and was accepted by the Assembly and Senate.” “It is unfortunate that the state has chosen an option that will unnecessarily hurt our region.”

Nonetheless, tribal leaders have said that they are willing to work with the state to find a suitable solution.

Sports bets can currently be in New York at both commercially licensed and Class III tribal casinos. Bet365, BetRivers, Caesars, DraftKings, Fan Duel, Kambi, and the Stars Group are among the operators with a presence.

The licensing fees and the tax rate would create significant entry barriers into the state’s market. Nonetheless, New York could attract a lot of interest from sportsbook operators. When it goes online, it will be by far the largest state to provide mobile wagering.

With millions of dollars pouring into New Jersey and illicit markets, Addabbo believes that New York bettors who use those services have already formed a routine.

The challenge would be persuading them to abandon it in favor of forming a new one that would support their home state.

“It will only rely on how good our product is to get them to change the rhythm, to do something different and try something new,” Addabbo said.