Dream Las Vegas is set to take off despite concerns about its proximity to McCarran International Airport. 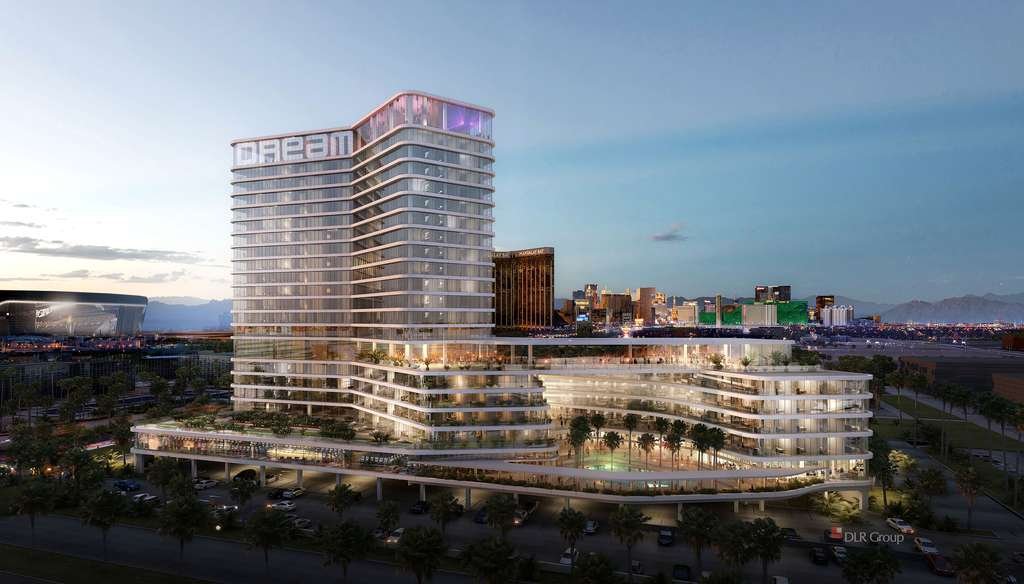 The Clark County Commission has approved plans for Dream Las Vegas, a 20-story, 527-room hotel-casino near McCarran International Airport in Las Vegas, by a 6-1 vote.

Due to its proximity to Las Vegas’ airport, the US$500 million project has had to overcome concerns about illegal drone flying, laser lights, shootings, and even bombs hidden on its premises.

Shopoff Realty Investments and Contour developed the project after purchasing 5.25 acres of vacant land on the Las Vegas Strip. The property is less than a mile from the Mandalay Bay Resort, at 5051 S. Las Vegas Blvd., near the intersection with Russell Street.

“Las Vegas continues to be a vacation destination for people from across the U.S. and abroad and this property’s location on the historic Las Vegas Strip gives it great potential as an investment,” explained Shopoff Realty Investments’ President and CEO William Shopoff. “Utilising our entitlement and real estate expertise, the Shopoff and Contour teams will work diligently with the city to help bring this project to life.”

Shopoff and Contour will finish the design and obtain all necessary approvals before starting construction. The empty lot will then be transformed into a full-service luxury hotel with 450 guest rooms (branded and managed by Dream Hotel Group), 56,000 square feet of food and beverage space, including a rooftop nightclub, pool and deck, 12,000 square feet of ballroom/meeting space, a full-service spa, fitness center, and dedicated parking.

Contour’s Chief Executive Officer, David Daneshforooz, added, “There is no shortage of mega-resorts in Vegas, but there is when it comes to boutique hotels that offer a more intimate experience. A ground-up Dream hotel with its world-class food and beverage offerings is a perfect boutique addition to the Las Vegas Strip for visitors seeking a more intimate experience.”

The property is less than a mile from the Mandalay Bay Resort and offers easy access to McCarran International Airport, the new Allegiant Stadium (home of the NFL’s Las Vegas Raiders), the T-Mobile Arena (home of the NHL’s Las Vegas Golden Knights), and the numerous hotels and casinos along S. Las Vegas Blvd.

“We are honored to partner with Shopoff Realty Investments and Contour as we work together to bring Dream’s vibrant, design-driven brand of hospitality to Las Vegas,” said Dream Hotel Group CEO Jay Stein. “When open, Dream Las Vegas will be unlike anything else currently available on the Las Vegas Strip, offering a new go-to destination for locals and out-of-town pleasure seekers alike.”

The property’s developers believe that tourists who don’t want to stay in a large hotel-casino will ‘find our following.’ Due to its proximity to McCarran airport, the project sparked a slew of unusual safety and security concerns,’ with plans sent to the FBI, the Department of Homeland Security, and the Secret Service.

According to the Transportation Security Administration, the project is near a section of the airport that is “used for high-level individuals, special operations, and military aircraft parking,” and “would increase the risk to both the aircraft and the passengers due to active shooters and the ability to throw things over the fence intended to cause harm.”

0 responses on "Dream Las Vegas is set to take off despite concerns about its proximity to McCarran International Airport."