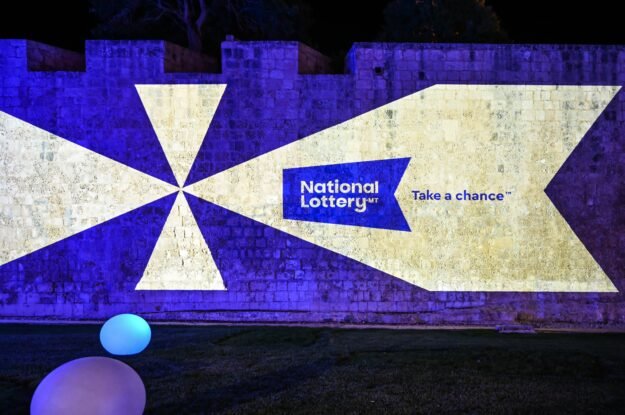 Malta’s National Lottery plc, an IZI Group affiliate, today announced its corporate brand – NATIONAL LOTTERY – which will replace Maltco Lotteries. In a symbolic occasion held in the Mdina Ditch, the company revealed its plans to launch a lottery brand that is really national and, above all, embodies the Maltese and their profound connection with National Lottery games.

Franco De Gabriele, Chief Commercial Officer of IZI Group, spoke during the event. Mr. De Gabriele detailed the process that led to the award of the national concession to manage Malta’s national lottery, which is effectively the country’s largest gaming business, serving hundreds of thousands of people on a weekly basis.

“We are proud that after 18 years since the privatisation of the national lottery of Malta in 2004, the lottery will be operated for the first time by a wholly owned Maltese company, whose mission is to provide the market with a service that is local, innovative and of the highest levels of quality. Our first decision was to re-establish ‘National Lottery’ as the corporate brand, restoring the name after a very long absence. This is the first step towards bringing back the national identity of this national concession, a service provided by the Maltese to the Maltese.”

“The Group is also very excited to bring to market improvements to the existing products, new products to enrich the current product portfolio and an investment in systems to ensure that the service offered is the highest standards built on the most rigorous of compliance frameworks. On the 5th of July 2022 a new era in gaming in Malta will commence, a new era for the national lottery of Malta.”

Mr. De Gabriele also emphasized the importance of numerous stakeholders in this project, particularly Lottery Agents, who are considered to be the front liners whose passion and entrepreneurship are vital components of the national lottery. Furthermore, Mr. De Gabriele praised the company’s personnel, who have been working relentlessly to ensure that the company provides a world-class lottery service.

During the ceremony, an audio-visual presentation depicting the history of the Malta Lotto was projected on the Mdina bastions. The short film symbolically depicts the Maltese’s deep attachment to National Lottery games and the lottery’s strategic contribution to society.

National Lottery plc will take over the operation of Malta’s national lottery from Maltco Lotteries on July 5, 2022, with the inaugural Lotto draw scheduled for Saturday, July 9, 2022 at 20:35hrs.