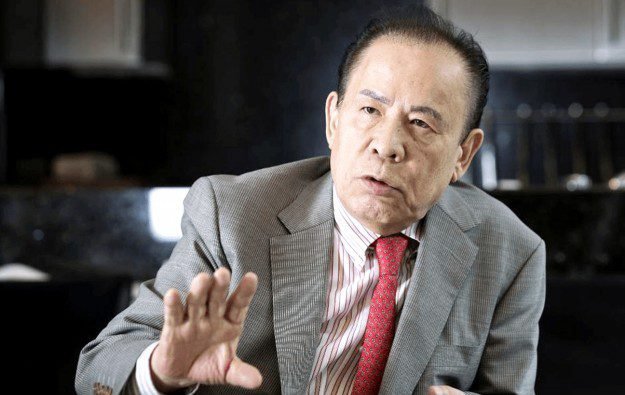 A massive ownership war has erupted in the Philippines, with agents of former owner Kazuo Okada reportedly storming the Okada Manila headquarters.

Because of the strange circumstance, two independent entities claim to be the legitimate board.

“Led by former board member Tonyboy Cojuangco, Dindo Espeleta, and lawyer Florencio Herrera III, the group of Mr Kazuo Okada came in with around 50 private guards and police officers of Paranaque City Police and a Sheriff of the Regional Trial Court of Paranaque City, storming the building on the pretext that they were authorized by a Court order, but refused to show to anyone a copy of any writ authorizing their actions.”

The Supreme Court of the Philippines issued a “status quo ante” order (SQAO) in April 2022, recognizing Japanese mogul Kazuo Okada as the sole representative of Tiger Resort Asia Limited (TRAL) in Tiger Resort Leisure & Entertainment, Inc. (TRLEI) and ordering his immediate reinstatement as shareholder, Director, Chairman, and CEO of TRLEI. Mr. Kazuo Okada re-installed TRLEI’s Board of Directors and officers on May 2, 2022, which was acknowledged by PAGCOR as TRLEI’s genuine Board and Officers and in accordance with the SQAO.

TRLEI added: “The interlopers have kidnapped Mr Hajime Tokuda [a director of Universal Entertainment] and as of this time brought him out of the hotel. In the process, they also harmed and caused serious injuries against the other officers of the company, and their lawyers who were present.”

Atty. Estrella Elamparo, the Senior Partner of Divina Law, added: “We are appalled at the blatant disregard of authority by the group of Mr Cojuangco. Without the necessary court order, they arrived with a private security group who forcibly carried the legitimate members of the TRLEI Board out of the property premises.

“This violence must be condemned and is a serious criminal offense. What they did to Mr Tokuda is no less than kidnapping. They are acting like hoodlums under the command of the sham board.”

“TRAL, which is a Hong Kong company, is not under the jurisdiction of Philippine courts nor subject to the SQAO (Status Quo Ante Order). Further, TRLEI is indirectly wholly owned by Universal Entertainment Corporation (UEC), a Japanese publicly listed company. The Tokyo District Court, Tokyo High Court and Japanese Supreme Court have already effectively decided with finality that Mr Okada’s removal was valid. UEC, TRAL and TRLEI are confident that the Philippine Supreme Court will eventually see the correctness of TRLEI’s position, rule in TRLEI’s favor, and recognize the Japanese courts’ decisions on the dispute between Japanese citizens over the control of the Japanese parent of TRLEI and its subsidiaries.”

The company added: “Prior to his removal, Mr Kazuo Okada only held one share of stock in the corporation. He therefore did not have the authority to take control of the corporation in such unceremonious fashion. There is nothing in the SQAO, which remotely authorizes Mr Kazuo Okada to take over the premises of the corporation, much less with the use of force. By using the SQAO to execute their illegal takeover, they have abused court processes, thereby making a mockery of the administration of justice. The SQAO is a temporary or provisional order, while the assigned division of the Supreme Court is still studying the case and has yet to decide on the merits of the case.”

TRLEI added: “The legitimate Board Members of TRLEI are working with its legal counsel and relevant agencies to achieve a swift resolution to the trespassing and illegal take-over by the group of Mr Kazuo Okada. Please be assured that there is no change in the leadership and management of the UEC, TRAL or TRLEI.”