President of Chile embroiled in charges of corruption in the granting of Enjoy licenses. 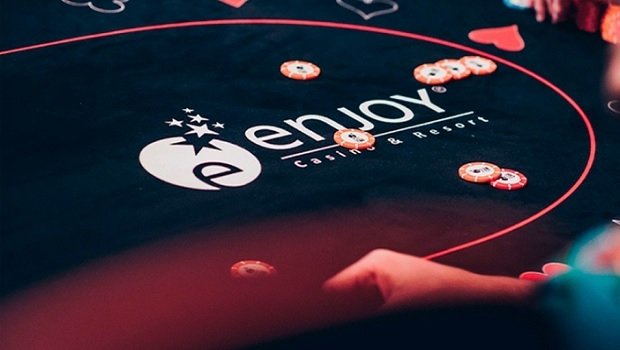 Journalist Alejandra Matus appears to have read documents from a Chamber of Deputies report tying the President and the Enjoy casinos to many irregularities.

Ms. Matus says in the TV show “Mentiras Verdaderas,” which translates to “True Lies,” that the President’s investments were handled by two firms: both guaranteeing Enjoy’s debt, a corporation that the journalist says has been “virtually bankrupt since 2017” but has been given four new gambling licenses and has been able to purchase one of Latin America’s leading casinos, the Conrad of Uruguay

“There were conflicts of interest between President Sebastián Piera and the bidding and the extension of licenses to expand the building of casinos tendered to Enjoy SA,” the journalist said on national television.

“The investigation explicitly indicates that two of President Piera’s firms, BTG Pactual and Moneda Asset, are corrupted, either by guaranteeing certificates or by guaranteeing Enjoy’s debt, considering the fact that Enjoy has been practically bankrupt since 2017.”
Rather than protecting the public’s interest in the management of Enjoy casinos, it took a number of steps to favor the company and keep the ballots that guaranteed their unfulfilled commitments from being carried out.
The Comptroller’s Office now has custody of the report.”

She added: “Does President Sebastián Piñera have interests involved in the delicate situation that the Martínez family is going through, owner of the Enjoy casinos? The answer is yes. There is a direct line between the economic interests of President Sebastián Piñera and Enjoy, manifested through BTG Pactual, an entity that manages $2m from its blind trust. Meanwhile, the President’s children commissioned the same company to administer $247m of its assets in Inversiones Santa Cecilia, the family holding company.”

“The investigation centered on the Enjoy group’s insolvency as well as meetings held between May and December 2020.
Enjoy signed a reorganization deal with its creditors in mid-2020, promising to turn part of its $465 million in loans into notes, as well as make payments to banks and vendors on a fixed schedule.

Enjoy stated: “Regarding the political speculation that has circulated in the national media related to our company, Enjoy reiterates how unfounded and speculative all these accusations are. We understand that in an electoral period context such as the current one, there may be political intentions behind the comments and rumors spilled in debates on social networks and the media about which we cannot take charge. We regret that for these political purposes there is a willingness to harm a Chilean company, with more than 45 years of history and its thousands of workers.”

It added: “Regarding the report of the Chamber of Deputies, it is important to clarify that despite the fact that Enjoy formally requested to appear before that investigative commission in order to clarify doubts and deny gross errors, the commission refused to receive us, which transforms the report into a completely biased document, which shows a serious violation of the duties of objectivity, transparency, due process and seriousness.”

“As a company we have always acted with the most absolute transparency, adherence to the rules, and undeniable respect for the institutionality. Today our focus is on resuming our operations and projects in the current difficult context of the pandemic, on continuing to employ thousands of people in the country and on once again being a pole of economic development for the regions in which we have a presence.”

0 responses on "President of Chile embroiled in charges of corruption in the granting of Enjoy licenses."