The tourism and convention industry in Las Vegas is expected to revive in 2021, with a solid performance in 2022. 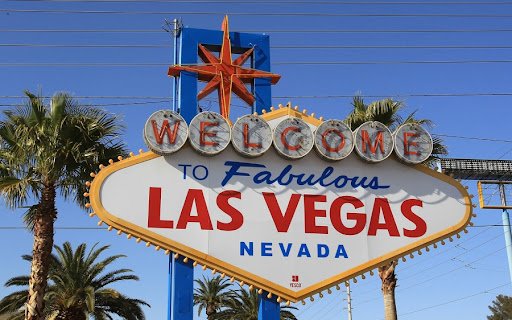 In 2021, Las Vegas’ tourism and convention industries roared back, fueled by pent-up demand made possible by the availability of COVID vaccinations. As omicron-variant cases continue to drop, there is optimism for a further recovery in 2022.

The Las Vegas Convention and Visitors Authority announced on Thursday that 32 million people visited the city in 2021, up 69 percent from 19 million in 2020. However, it’s still a work in progress, as visitor numbers are down 24% from 42.5 million in 2019. This was seen in December, when the city welcomed three million visitors, down 3.5 percent from November and 13.3 percent below December 2019.

“We attribute the drop in visitation largely to the uptick in omicron cases, which had an impact on flight cancellations into Las Vegas,” said J.P Morgan analyst Joseph Greff. “We note that this is the first month LVCVA has started reporting convention attendance since March 2020, with 126,700 attendees in December (down 64% versus 2019). November convention attendance was 400,900 (down 34% versus 2019).”

In 2021, there were ten million fewer visitors than in 2019. To support the strong U.S. tourist element that has already emerged, which has been aided in part by the return of in-person sporting events, concerts, and other entertainment, it will take the full restoration of conventions and international travel.

This is something that should continue. Approximately $27 million in investments have been approved by the LVCVA to bring exceptional events to Las Vegas through June. In February, the city will host the NFL Pro Bowl at Allegiant Stadium, and in April, the NFL Draft will be held in prominent locations throughout Las Vegas.

In 2021, Las Vegas will welcome new venues such as Resorts World and Virgin Hotels, as well as the $1 billion West Hall extension of the Las Vegas Convention Center.

The LVCVA disclosed its convention numbers for the first time since the epidemic, revealing that 2.2 million people attended in-person trade events in 2021, reigniting the meeting and conference business. Large conventions, which had been scheduled to close in 2020 until casinos reopened after a two-month hiatus, reopened last summer.

In 2019, there were 6.6 million convention visitors in Las Vegas, which means that the number of visitors in 2021 will be 67 percent lower than it was two years before.

The Las Vegas Convention Center has held 52 trade exhibits and events, attracting over 700,000 visitors since June. This included the return of trade exhibitions like World of Concrete in June, which was the first major trade show to reopen in the United States since the outbreak began, and SEMA, an automotive-industry trade event, which drew over 100,000 people in November.

There is lots of room for expansion. In January, the omicron variant looked to have an effect on the Consumer Electronics Show, which relies heavily on international participation; just 40,000 people came, down from 170,000 in January 2020.

Based on indications that the omicron spike has peaked and cases in Las Vegas and other parts of the country, particularly urban areas, are projected to diminish fast, Las Vegas is well positioned to capitalize on that convention revenue and boost tourism numbers.

In 2022, Las Vegas is also positioned to benefit from a resurgence of international travel, which began in November when the Biden Administration eased travel restrictions and enabled immunized passengers to enter the country.

Overall hotel occupancy reached 67 percent in 2021, with almost 150,000 hotel rooms across the destination. Weekend visitation has also improved significantly, with an average of 81 percent for the year. According to the LVCVA, midweek occupancy surpassed 60% as the tradeshow business continued to improve.

The LVCVA stated that midweek annual occupancy reached 60.5 percent, up 23.1 points from 2020 but down 25.8 points from 2019. This was attributable in part to the challenging convention-group market. Weekend activity recovered faster than midweek activity, topping 87 percent in seven of the last twelve months and completing the year at 81.3 percent (+28.5 points compared to 2020 and -13.6 points compared to 2019), according to the LVCVA.

0 responses on "The tourism and convention industry in Las Vegas is expected to revive in 2021, with a solid performance in 2022."