As the penny denomination continues to increase its market share, we should continue to see a wave of new devices with 25 or more wagering lines boasting payout frequencies in the 90–100 percent range.

Why the penny market and not the quarter or higher denominations? This is partly due to customers’ resistance to wagering a large number of coins on an individual game. Unlike wagering 90 credits on a penny game, which is 90 cents, 90 credits on a quarter machine are $22.50 — and would not be supported by the typical slot player. As you probably noted in the previous example, a 90-cent wager is more realistic for the average gamer than $22.50, and therefore would have more popularity on the casino floor.

Payback frequencies combined with hold percentages will need further analysis and understanding as to how they either improve or decrease revenue opportunities from both the slots and marketing promotions once tailored for a slot gamer participating primarily on gaming devices with 20–40 percent payback frequency.

The emerging penny-based, bonus-enabled games offering higher payout percentages are forcing casino operators to increase hold percentages to compensate for lost coin-in through extended time in bonus rounds combined with higher payout frequencies. Manufacturers are realizing this effect and working on new games with math that supports less of a payback frequency and larger jackpots so casino customers can once again cheer when they hit the “Big Jackpot!”

Have you ever heard these questions in a marketing meeting when discussing the competition: “What do we have that is different from our competitors? We all have the same machines, so why would people want to play at our casino?”

These questions are asked at more companies than you might imagine. They are asked because the sales staff for the various manufacturers are selling or placing the same gaming equipment — with the same denominations, hold percentages and electronic platforms — in nearly all of your competitors’ casinos, not just yours.

So, what does differentiate one casino from another? If the games all look the same, then it must be how the games are displayed and any added benefits of playing.

Here’s a quick tale of a casino in Las Vegas that lacked a competitive slot product and how it was turned around by re-engineering added value for slot players through promotional products.

The property focused much of its attention on high-end play, displaying exotic cars that could be won on surrounding slot machines. While the competing casinos displayed Corvettes that could be won with a 75-cent wager on quarter machines, this high-end casino opted to force a $1 wager to win a Lexus.

After the car reached its two-year mark of sitting on the casino floor without a winner, it was time to evaluate the game programs and player activity to understand what value the car carousel offered the casino. Attention quickly gravitated to the program of the game itself and an analytical review of internal meters in an attempt to discover the frequency of the top-paying symbols.

Upon review of the internal meters, it was discovered the top-paying symbols that would have generated a car winner had been displayed four times in the past 12 months with an average wager of 50 cents, which was 50 cents short of the necessary wager to generate a jackpot on that machine. While this was good information for the casino to have, it represented a negative result for the would-be car winners who restricted their average wager to 50 cents. During a further review of the average wager on all the 25-cent denomination machines casino-wide, it was discovered that 60 cents was the current average wager.

Therefore, the car carousel, with its requirement to wager a dollar to win a car, was deemed a failure and required revamping to remain a marketing tool on the casino floor. (I know I keep mentioning “marketing tool,” and you will soon see how a product like a car carousel can change a lifeless casino into a popular new hot spot.) As with all marketing events, customers need to realize value before the event is valuable. To put it bluntly, if you award customers with prizes and gifts and nobody knows you did it, then it never happened. The same goes for car giveaways on car carousels. If someone wins the car and you allow him or her to take a cash settlement, the win never happened. The same car will still be sitting on the casino floor the next day as if no one had won it — and perception is reality.

In the case of awarding a cash settlement in place of the actual vehicle, some casinos driven by finance look at ways to reduce the jackpot by offering a cash amount that is less than the value of the car. This is to reduce marketing or operational expenses related to replacing the vehicle and, while it looks good on the surface, tends to doom the value of the jackpot, and lessen the public’s awareness of the car winner.

But let’s get back to our example casino, which lacked a hook and needed to select a car carousel to deliver the necessary message to the public that it was a great place to gamble. Management, however, in its reluctance to allocate marketing dollars to the slot product in the form of advertising, created another obstacle that required an alternative, out-of-the-box way of thinking to move the slot product.

The first step of altering the car carousel required focusing on the car itself and how it was perceived by the public as an achievable jackpot. With high-end cars, consumers realize that casinos are not in a position to award these cars as often due to their value, unlike lower-priced vehicles. With that in mind, the casino opted (with much resistance) to replace the high-end Lexus with a Ford Mustang Convertible. This was the first step toward targeting a market the casino never had before — the middle market!

The next step was to locate a new game that would help generate winners on the car carousel. When researching a new game, it is more than looking at the game theme, color of the glass, symbols on the reels, and all other surface-related characteristics — it’s the math. The math of the game is the deciding factor. Will this game offer time-on-device through hit frequency? Is the maximum wager to win the top prize in line with the average wager for the denomination? These are two good questions that require some analysis to ensure they fit with your customer base and its play patterns.

The game that was finally decided upon was a 12-machine carousel of Rich & Famous themed games manufactured by Bally. The game sported a high hit frequency of 33 percent and a maximum wager of 50 cents with a cycle of 1:3,300,000 (an average top jackpot every 3.3 million handle pulls). The average coin-in for the average quarter machine was $1,500 per day, which is equivalent to 3,000 handle pulls at an average wager of 50 cents per handle pull. To add to the hook, a new platform was constructed for the Mustang to sit on above the casino floor. It resembled ancient ruins destroyed by flowing lava, and this alone both became a photographic session for passing tourists and gained instant recognition for the surrounding machines.

With 12 machines on the carousel, the frequency of winners is calculated as the top jackpot cycle divided by the number of machines and would be expected to occur once every 92 days on average.

When the carousel was finally completed and opened to public play, it nearly doubled the original expectation, achieving an average coin-in of $3,000 per machine per day. The increased coin-in changed the expected time between top jackpots to 46 days. Within six months of opening the new car carousel, the casino awarded four Mustang convertibles to lucky winners, along with a cash prize of $3,000 to assist with taxes and registration, making the winning event a wonderful experience.

The local press heard of the success of the little Mustang carousel and soon began offering free publicity with each car winner. This started a change in the way people looked at this high-end casino; they soon realized it was a slot-friendly casino that offered jackpot opportunities. Employees working in the area quickly picked up on the frequency of car winners and soon began to frequent the casino before work, during lunch breaks and after work in hopes of netting one of these cars for a 50-cent wager.

To complete the marketing of this car carousel and further set it apart from all other car carousels in the competitive area, a three-sided sign announcing the dates of the car winners was quickly fabricated and placed above the car carousel. Within the next 12-month period, the casino expanded the car carousel to 24 machines, generated an average $6,000 coin-in per machine per day, awarded more than 31 new Mustang winners with an average of one winner every 12 days, and increased its win-per-unit per day from $125 to over $400.

With the evolution of new games sporting bonus features, the math of the past doesn’t work as well for this type of promotion, but with a little ingenuity, it can still be done. We will discuss a possible process for doing so in the next installment of this Game Selection Criteria series. 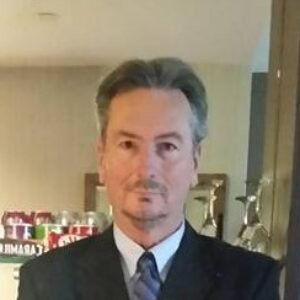 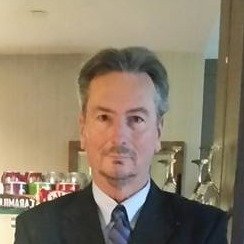 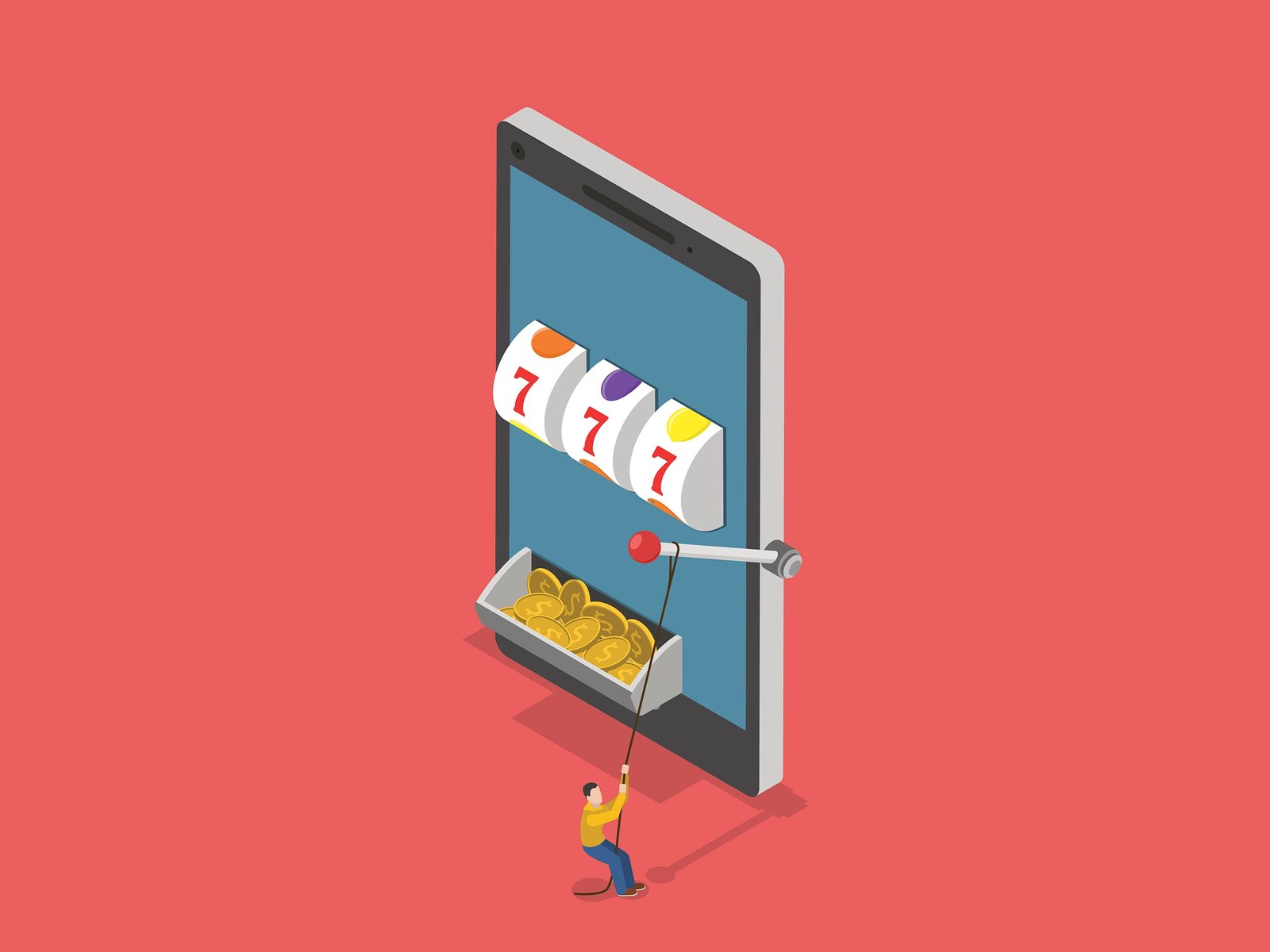 Lessons learnt from COVID restrictions on the slot floor