Even though they are from time to time being arrested it doesn’t stop them in their pursuit of what seems to them to be easy pickings.

Why is it easy for them?

Well, there are different reasons, casinos have many slot machines and it’s easy to find a quiet location on the gaming floor and a convenient spot to observe any movement by gaming floor staff. They will use one or more of the gang as lookouts.

Cameras are not as ample amongst the slot machines as they are on live game tables and often they are observed from a distance at the end of the row of machines, so it is easy for these thieves to hide behind a group of slots and or block the cameras.

Their modus operandi is to force-feed the slot machine with high denomination notes (bills) and periodically cash-out the tickets at the kiosks or the cash-desk, returning the same notes back into the slot machine until the stacker is full. Sometimes to the tune of about $22,000 or in these latest cases € Euros.

At this point, they open the machine’s door with a multi-key or break it open with a large screwdriver, after making sure the coast is clear. The stacker is quickly placed into the female’s handbag and they then leave the premises as quickly as possible.

See the following video where they were arrested in the Hotel & Casino Veneto, Panama.

This happened on the 7th of March 2017 arrested were Santos Cesar MAÑACCASA, Mariana Gertrudis RESTREPO VILLAMIL, Thelma Stephany ESPINOZA SILVESTRE, Pedro de Jesus PEREZ TORRES and Eduardo DIAZ ÑAHUE all of those arrested have since visited casinos in Europe in the last two years and continue to do so.

One of the main reasons they are so successful is that casinos don’t alert one another, correct me if I am wrong but in 2018 they hit all four casinos across Northern Italy, one after the other. From Venice to Sanremo and then it was a newspaper article that eventually broke the story. From my experience, I also cannot imagine the casinos in France and Germany talk with each other. These two countries hold the oldest casinos in the world but they are always behind the trend in information sharing because they are stuck in the old traditions still of sweeping any type of what they would call scandal under the carpet.

Of course, there are exceptions to the rule and I have attended many conferences where forward-thinking casino surveillance and security executives are embracing information sharing. One such conference is the World Game Protection Conference held in Las Vegas every March but very few Europeans visit this.

In the last year, this trend is beginning to change with the European Casino Association (ECA) holding their own conferences on safety and security.

This having been said, these Colombian/Peruvian robbers whose presence should stand out among the other patrons of European appearance are still able to hop from one neighbouring country’s casinos to another and largely go undetected, until after the damage is done.

One thing to note is that among their number is a Chinese national from Hong Kong who at one time held residence in Argentina. To my knowledge, he has never been arrested because he doesn’t appear to be associated with the South Americans, although he may be the ring leader and organiser of the whole team. Some members of the group are also permanently residing in Spain whereby now they are well known to the security departments of that country who do talk with one another.

I now have forty-seven (55) subjects or persons of interest of this OCG in my database.

I have been co-operating with a European organised crime police force and there is a Euro wide arrest warrant out for this gang of cheats.

I should have also mentioned that casino surveillance officers prefer to watch live table game action rather than slot machine play.

I would like to bring to your attention a new development in this case of robbing stackers and that is that it was brought to my knowledge that the Hong Kong Chinese member of this group had visited a casino in Switzerland in 2017 together with two Colombians and a Peruvian. On this occasion, I was informed that they had compromised a Sega, Royal Ascot horse racing machine, electronically!

What brought this to my mind was that recently I discovered that one of these same Colombians in the same year had visited a casino group in Eastern Europe on nine (9) occasions in the same city, along with three other Colombians and the Chinese. Nine times without being discovered, this says that they are not only stealing stackers but they have less obvious methods of getting at the money. Nine visits, they weren’t returning to these same venues because they liked the decoration.

Another M.O. of theirs and again in the same city in 2018, I was informed that in one of the same casinos, our Hong Kong Chinese and three Colombians were following the spin on electronic roulette when, if the number came up negative, they would lift the lid of the machine causing it to blackout and their bets (money) were returned, they did this on five occasions before being asked to leave.

What will make them even harder to detect is that they are now gaining entry into casinos using fake passports to disguise their nationality. 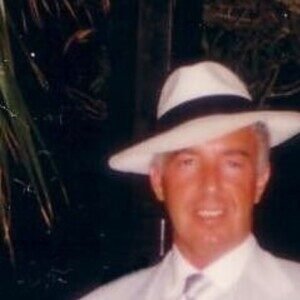 British Gaming Board Certificated Casino General Manager (info@eyeontheaction.com) with wide experience of Casino Project Management, Casino Development, Floor Management and expert in cheat detection, game protection & fraud prevention with excellent facial recognition skills. Ability to remember names & faces of undesirables or high rollers over long periods.Physiognomist "I am an island and my mind is not swayed by the water which surrounds me". John Connolly. . Assisted S & S departments in eight casinos throughout Switzerland during the opening phases of those establishments. Consultancy contracts for Casinos Austria, Holland Casinos, Novomatic Admiral, Pasha International, Sun International, Century Casinos and Swiss Casinos, Casino Technology and Millionaires Casino Bogotá. Previously a founder member of I.A.C.S. International Association of Casino Security & Surveillance since 1994 with 12 years of contribution, worldwide membership incorporating some of the World’s major casino organizations. . Managing Director of the Casino Surveillance & Security Society, with world wide membership, to apply for membership click on the following link or copy & paste it into your browser's address bar. :- http://groups.google.com/group/casino-security . Connecting the World of Casino-Security. . Author of many articles on the subject of casino security. . The developer of TableEye. . Recipient of a "Lifetime Achievement Award" from the World Game Protection Conference in February of 2017. Specialities: Fluent in five European languages. Experienced gaming floor manager with excellent interpersonal communication skills and strong facial recognition ability. Expert in game protection and casino startup.

0 responses on "They're stealing our stackers......parts one and two by John Connolly"

No spam, notifications only about new products, updates.
PrevPreviousIs Europe a place for ICRs?
NextAngry, Upset Players – What should you do?Next
On Key